Luke Dashjr, one of the developers behind Bitcoin Core, said he asked the FBI to help him recover $3.6 million worth of digital coins that were stolen from his storage wallets on New Year’s Eve, a scam. At the same time, if authorities should be asked to intervene at any level, it again raises the question of the decentralized nature of cryptocurrency platforms.

Bitcoin is a network of many members, so-called nodes, that follow the Bitcoin protocol and apply its rules. It is also the software that each node runs to participate in the network. The main version of this software, called Bitcoin Core, powers almost all nodes in the Bitcoin network, allowing them to apply the same rules and reach consensus. 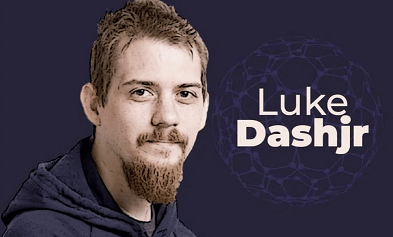 BitcoinCore is an application that powers 97% of the nodes that make up the Bitcoin blockchain. It descends from software developed by the anonymous Bitcoin inventor using the pseudonym Satoshi Nakamoto. This software was simply called Bitcoin but was later changed to Bitcoin Core to distinguish it from the coin. Dashjr has been a contributor to Bitcoin Core since 2011 and has long championed the concept of decentralization on which the cryptocurrency was founded.

Although Bitcoin Core is source code and anyone can submit changes, not all proposed code changes are integrated into Bitcoin Core. Instead, the community intensively reviews and discusses each proposed change, and then decides whether to accept or reject the change. Anyone can participate in these discussions, and decisions are made by consensus, not by voting.

If maintainers breach their trust, they will not compromise an existing node, and old Bitcoin Core code can be easily rolled back, ignoring malicious changes. As such, the role of custodian of Bitcoin Core brings respect but very little power or influence.

On New Year’s Day, Dashjr reported on Twitter that his entire Bitcoin holdings — worth around $3.6 million — were virtually gone. He said the hack was due to the compromise of a PGP (Pretty Good Privacy) key he used to ensure his downloads from Bitcoin Core and a smaller app called Bitcoin Knots did not contain malware. He said all of his computers had been compromised and urged people not to download new versions at this time.

PSA: My PGP key was compromised and at least a lot of my bitcoins were stolen. I have no idea how. Help please. #Bitcoin

In the same thread, the developer said he contacted the FBI and the police but received no response. What the hell @FBI @ic3. Why can’t I reach anyone? , he wrote. I paid these taxes and the police don’t care. What a scam.

Dashjr said the compromised wallets could be accessed over the internet, and they could also be accessed on a device that isn’t connected to the internet. He didn’t give details, but it seems he hypothesized that one or more computers he was using were infected and that the hackers could then obtain the funds stored there. It’s hard to grasp this theory, however, because a wallet stored on an internet-connected device is, by definition, hot.

That issue aside, the theory could align with a breach reported by Dashjr in November. In this incident, the developer said that hackers bypassed my software security measures by rebooting the server from an unknown storage device. Another system ran for about 5 minutes. The hackers then installed two or three remote backdoors.

PSA: My server was accessed by an unknown person this morning. Full analysis in progress, but take extra care to have all downloads PGP verified. #Bitcoin

There are still many things that do not match the events that Dashjr reported. Without more details, it’s difficult to draw any definitive conclusions. However, as illustrated by one of Bitcoin’s most influential developers’ appeal to law enforcement to recover its stolen digital coin, the idea of ​​cryptocurrencies offering a decentralized platform that shuts out established authorities would be no less than a smoker.

What is your opinion on the topic?

The idea of ​​cryptocurrencies offering a decentralized platform that shuts out established authorities would be a joke, do you share that idea?

Are cryptocurrencies a gigantic Ponzi scheme? Not only would they be a bad investment, according to some analysts, they’re even worse