The agreement between Meta and Alphabet, the parent company of Google, was signed in 2018. And according to it, Google has never prevented Facebook from using competitive exchanges for ads. These statements were announced by the company’s lawyer recently.

The news comes against the backdrop of a number of US states, such as Texas, suing the firm over the pact dubbed Jedi Blue. At the same time, another anti-competitive behavior was discussed. According to the latter, Google has been accused of monopolizing the technology market.

Many believed that the company controlled which technologies to buy and sell, and then which services were available online for advertising. However, Google and fellow tech giant Meta have both defended their deal and refuted the allegations of wrongdoing.

Google attorney Eric Mahr attended a recent hearing in Manhattan court. He continued to argue that the deal paves the way for healthy competition by allowing Facebook to sell ads through the platform’s ad exchange. This in agreement and on behalf of various web pages or mobile applications located on Facebook.

But those claims met with a lot of resistance, as an attorney defending Texas continued to argue that Google saw only its own interest and only entered into the agreement individually. In this way, Meta would benefit from this exchange of buying and selling ads. 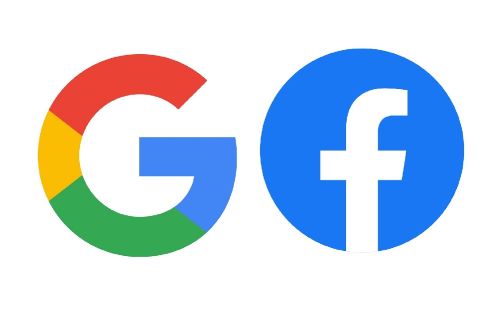 In return, Meta halted its own plans to adopt new technology that would affect Google’s role as a monopoly player in the world of online advertising. As a result, a lot of things were going on that weren’t mentioned in the deal, the Texas lawyer argued. According to her, this is because no one likes entering the prison and therefore practicing remote security.

Google asked the judge to dismiss the antitrust case, because he believes that all his actions are legal. The company’s lawyer also explained that the company does not need to design products to capture the interests of its rivals.

The opposing party then advanced the argument that Google had only tried to make the situation worse for its rivals by creating an environment in which it was difficult, if not impossible, to compete. A common example was provided regarding the manipulation of bids related to online advertising. And in the end, it was Google’s products that won.

Hence, there is talk of how the pact between Google and Meta is now scrutinized by regulators located in the UK and Europe.

The judge has yet to deliver his verdict, but in his closing remarks he said he found the arguments on both sides very interesting. However, he said that did not indicate how he would end up making his decision.

Google and Facebook have pledged to help each other if they face an antitrust investigation, targeting their non-competition agreement in the online advertising sector

Google speaks out about its deal with Facebook in the ad market, the subject of an antitrust complaint, and talks about a misleading attack by prosecutor Paxton