In the inaugural edition of its Work in Tech report, MassChallenge partner A.Team surveyed 581 tech executives about the top challenges facing the future of work.

Many leaders want employees to return to the office, despite the success of remote working and the challenge of replacing top performers who left during the pandemic.

Faced with frustrations with the traditional hiring model, founders and tech executives are accelerating hiring plans, bringing in freelancers, and embracing a new model of “mixed teams.”

Despite warnings from top VCs not to fundraise in the next 24 months, most founders and executives still plan to do so in the coming year. 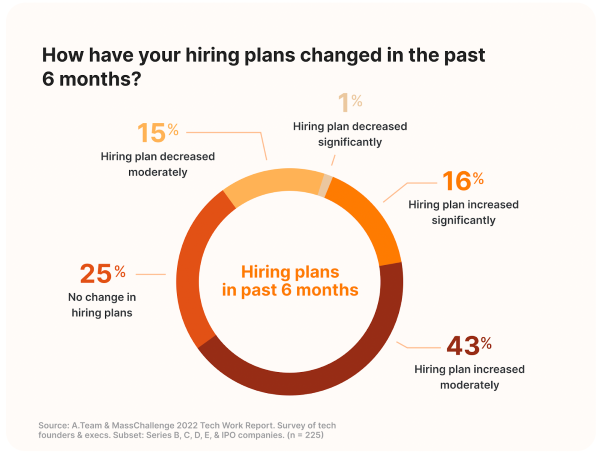 The mixed workforce and the return to the office 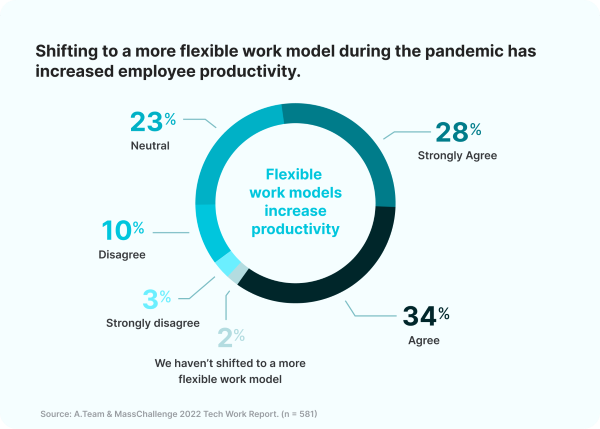 Strategy and challenges of the recession

What do you think of this study? do you find it relevant?

What is the situation in your company?

For what reasons do the employees of Tech. would they be willing to change jobs? To remain in telework permanently or at least according to the hybrid approach, according to a series of studies

Why do companies struggle to recruit French engineers? IESF’s 2022 report is out, blaming AI and cybersecurity experts’ salary claims

Digital burnout: how to deal with it in the age of teleworking, by Bastien Dubuc, Country Manager France at Avast